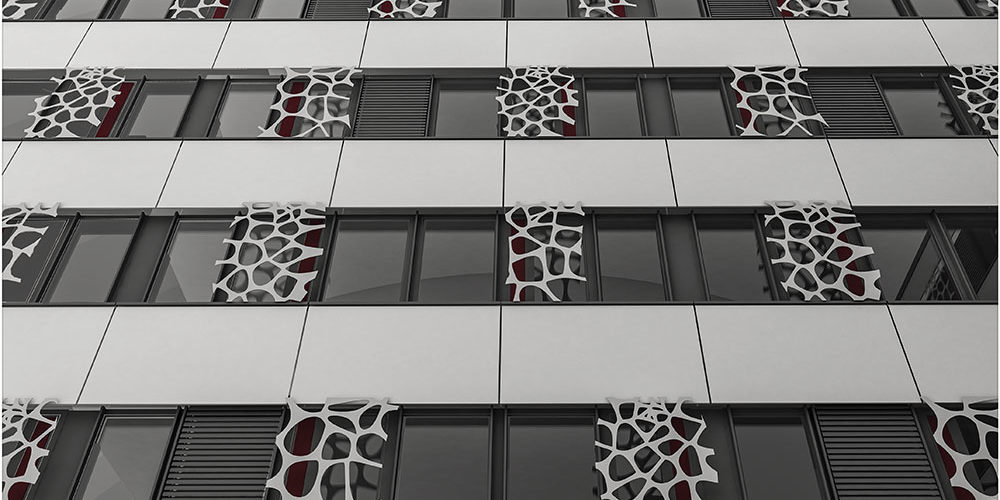 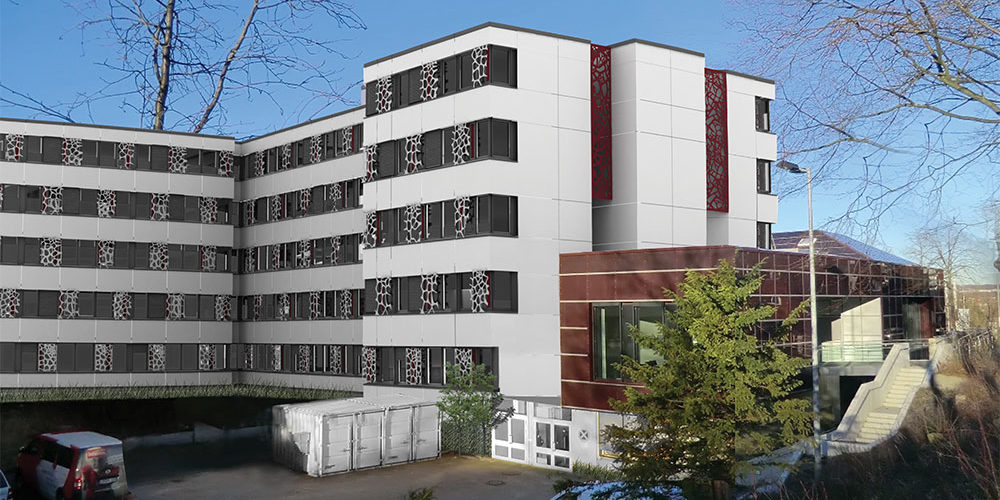 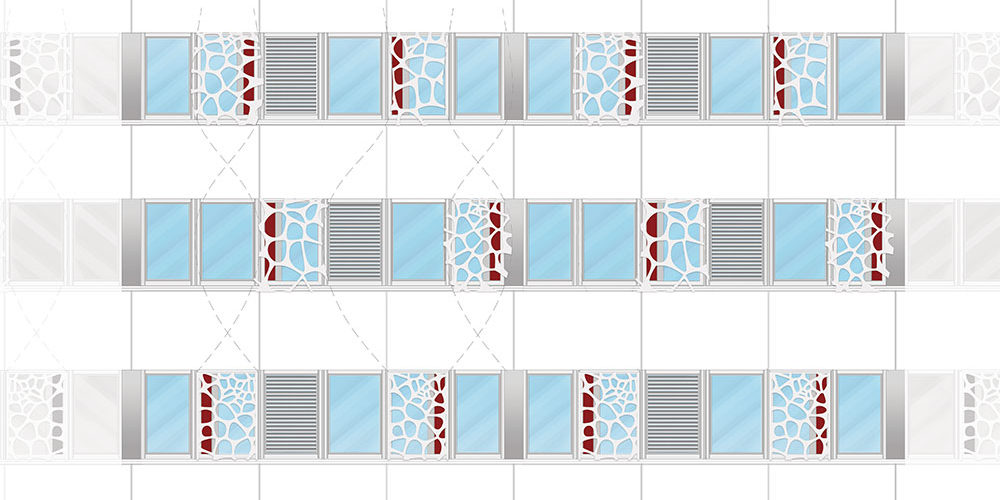 The Kreishaus in Detmold is seeking o new facade renovotion process. This renovation process upgrades the facade’s performance in terms of energy efficiency, building automation, and user-comfort. After the investigation of the current facade, Lithium Architects presented several options that grant a performance equivalent to passive house standards. With respect to the design guidelines, that were provided, a new concept for the facade design started to be developed. The Ribbon window facade has to be maintained, which permits the overheating in summer. Lithium architects developed a fixed shading system that is optimized according to the sun location for the whole year, to maximize inside-outside connection and minimize solar radiation. This optimization will generate four different patterns for each facade’s orientation. This shading system will be located in front of the fixed window units with an integrated ventilation flop for burglary protection. The ventilation flops will be programmed to regulate the night ventilation of the building.